Entering war-torn Syria, armored vehicles holding hundreds of Turkish forces moved in to evacuate troops who were protecting the historic tomb of Suleyman Shah and take them to another location, according to BBC.

Suleyman Shah was a tribal fighter and leader and the grandfather of Osman I, founder of the Ottoman Empire. Shah died in the 13th century, and according to a phrase on his mausoleum, he “drowned in the Euphrates along with two of his men, in search for a home for himself and his people,” according to BBC.

Robert E. Hannigan, a scholar in residence in the history department, believes Turkey had the right to go into Syria to protect the ancient history and remains.

“I think this was done principally so that Turkey could maintain control over its policy toward events unfolding in Syria,” Hannigan said. “Violence in the area of the site might have been seen by Ankara as requiring action along lines not of its own choosing.” 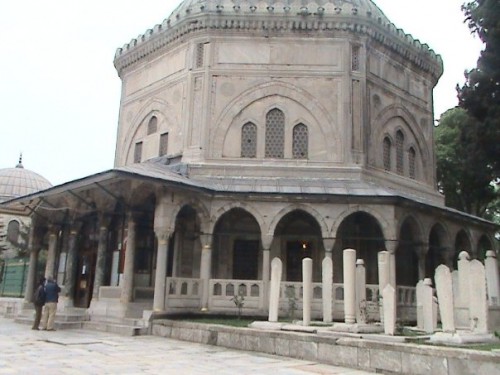 The tomb stands now ruined in a football field size area of land in Syria, but belongs to the Turks. The troops took the remains of the tomb closer to the border, which is now under control of the Turkish government. The exact location is a hill north of the village of Esmesi, according to Al Jazeera.

One of the reasons for the move was because the terrorist group known as the Islamic State, also called ISIS, threatened to attack the historic land, according to reports by BBC.

Syrian President Bashar al-Assad, who has lost control over most of northern Syria during the continuous civil war, had said the incursion was “flagrant aggression,” according to BBC.

The Turkish military told the Syrian government of their planned actions, but did not wait for agreement or approval of the Syrian president, said Al Jazeera.

Hannigan believes the control by Turkey has something to do with the interest the Turkish government had in the ancient empire, and that the historic background was worth the risk in the eyes of the Turkish president.

“It is simultaneously of interest because Turkey’s current president has shown great interest in reviving the country’s Ottoman legacy,” Hannigan said. “It had been eclipsed in the aftermath of World War I and the founding of the republic under Ataturk”

Turkish Prime Minister Ahmet Davutoglu told BBC that he hoped the remains would be able to go back to the old location eventually.

“These relics will temporarily be preserved in Turkey for the next couple of days and God willing, will be sent to Eshme, the area of the new tomb secured by our soldiers, as is our right by international law,” the prime minister said to Al Jazeera.

The Turkish government said late last year to Al Jazeera that ISIS had been advancing onto the mausoleum, even though it has been guarded by dozens of Turkish soldiers.

The operation began late Sunday night and ended the following morning, with 572 Turkish soldiers, 100 military vehicles and 39 tanks, according to Al Jazeera.