Alarms went off multiple times throughout Friday morning before an evacuation tone drew both Suffolk University and Citizens Bank employees out of the Rosalie K. Stahl Building at 73 Tremont Street. 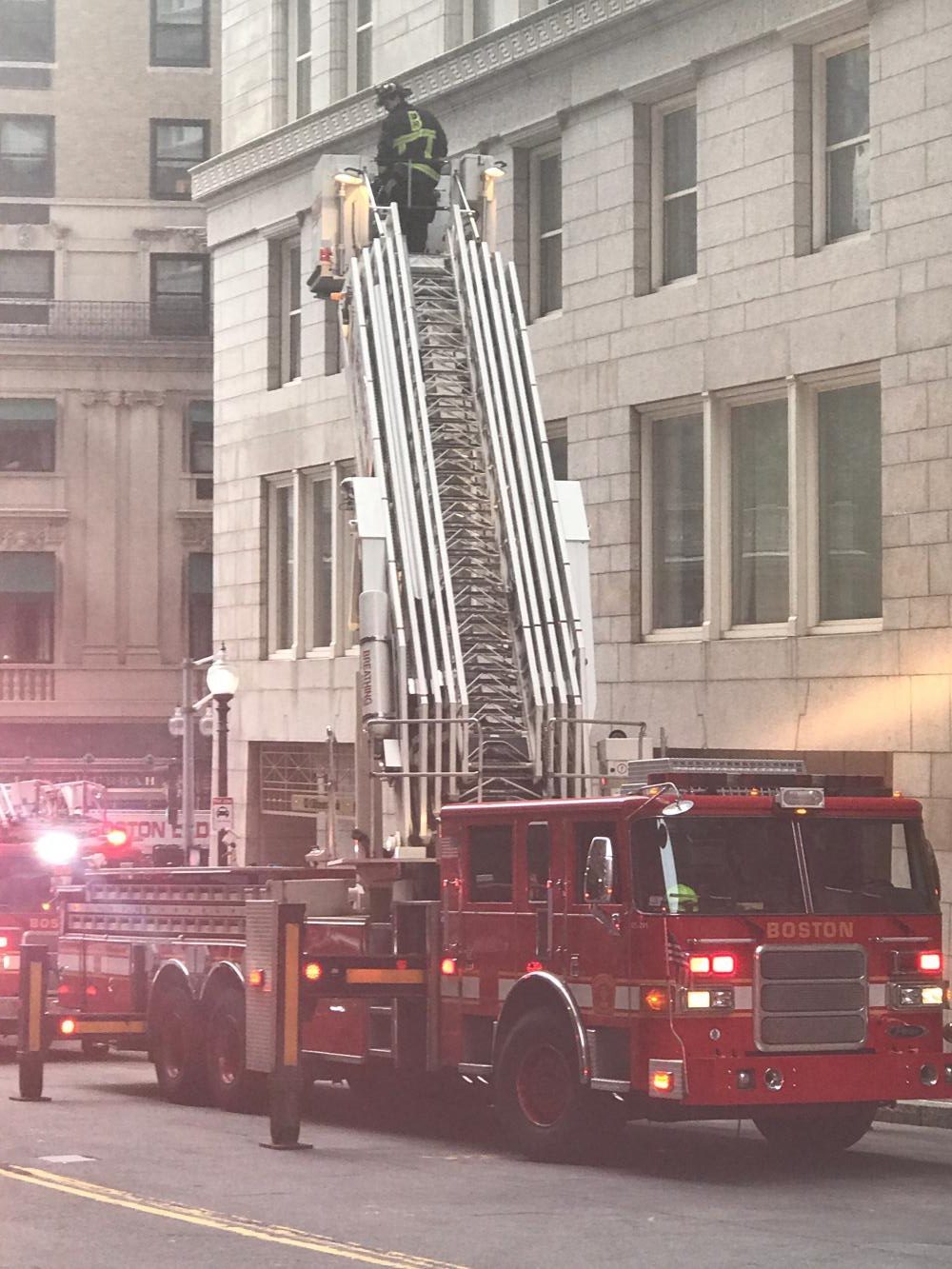 Employees from various departments across the university stood outside in the rain for more than an hour while members of the Boston Fire Department checked each floor of the building, from the garage to the roof. Suffolk University Police Department (SUPD) officers told employees standing outside on Beacon Street that there was electrical smoke that had sounded the alarms in the lobby area from what he said was an electrical fuse.

Employees on the 12th floor of 73 had told a Journal reporter that the alarm had sounded multiple times, some for only a few seconds, before the evacuation tone sounded around 8:40 a.m.

Three Boston Fire Department trucks were parked along the Tremont Street property on Beacon Street with multiple others on Tremont.