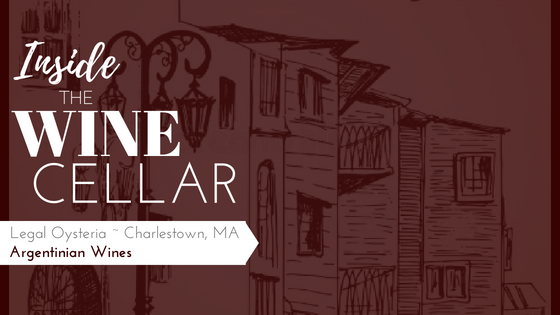 Legal Sea Foods‘ concept ‘Legal Oysteria,’ tucked into a corner store jetting out toward the Charlestown bridge has welcomed Argentinian wines this season.

Throughout the city of Boston, though, there is a gap between the impressive quality of various wines that hail from Argentina other than Malbec. At many other local bars, the most popular wine would be the Alamos Malbec of Mendoza but not much more than that.

As the location was originally opened in the summer of 2014, the 4,400 square-foot nook features an open kitchen with old-world style brick. According to former reviews, the sixth brand in this chain can host up to almost 140 people in the dining room, 30 at the white marble island bar and then more populous parties in the private dining area.

Inspired by the Head Chef Rich Vellante’s warmth toward Italian osterias, which is authentic Italian spot that features wine and simple food, this Legal Sea Foods’ brainchild attributes small plates such as marinated olives and ricotta fritters as their main dishes. This specific approach in the historic town typically limits their wine selection to those imported from Italy, Spain and Portugal; but promotes assorted regions with rich wine selections.

Along with their sponsored collections, the brand advances their choices to considering wine flights for customers to try.

For the choice labeled as the “Beyond Malbec” wine flight, three wines at two ounces per pour cost $10.75 per flight, which include: Bonarda, Syrah and a Red Blend.

The first was a Zuccardi “Serie A” Bonarda of Mendoza. Out of the three, this may have been the hardest to drink on its own but could still be enjoyable. It was smoky and had a slight taste of tobacco with blackberry hints. It would have been the type of wine that could have been ordered at a cigar lounge where it would have been further enjoyed alongside a vintage puff. However, it could also be paired well with grilled meats and black beans based off of the taste and smokiness. 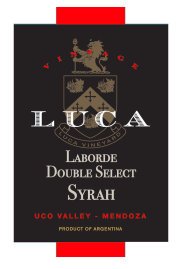 The second wine was the Luca Laborde “Double Select” Syrah of Uco Valley. It was fuller bodied and flared with typical red style with black pepper, dark chocolate and then a jammy finish. This would be a great wine to enjoy with beef, wild cheeses and mushrooms.

However, the last wine was the easiest to drink and best on its own. The Clos de los Siete Red Blend, also of Uco Valley, was a blend of Malbec, Merlot, Cabernet Sauvignon, Syrah, Cabernet Franc and Petit Verdot. It went down quickly, felt medium-bodied and was refined with a tight texture. With its bright flavor, it was the type of flavor that you could drink not just with food, but also with just a relaxing atmosphere and good conversation.

The featured wine will last through June 10 at most Legal Sea Foods’ locations.